The Glaring Absence of a U.S. Department of Culture 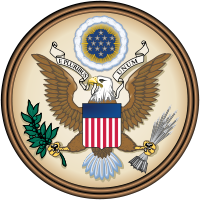 There’s been much excitement and speculation about how Obama will staff his Executive Office. With Joe Biden Jr. as VP (link to the Senate) and Rahm Emanuel as Chief of Staff (link to the House), the search is on for 15 new Cabinet members*: Secretaries of Agriculture, Commerce, Defense, Education, Energy, Health/Human Services, Homeland Security, Housing/Urban Dev’t, Interior, Labor, State, Transportation, Treasury, Veterans Affairs, and the Attorney General.

What missing? Secretary of Culture.

Call me biased, but pretty much all the most powerful nations in the world have one. There are Ministers or Secretaries of Culture in France, England, China, India, Russia, Brazil, Spain, Italy. And so on and so on.

Obama’s victorious campaign itself proves that images, words, beliefs, attitudes, narratives, and aspirations can bind us together, powerfully, as a nation (and tear us apart — as Dubya’s violent legacy proves).

Culture — the ideas, practices, and ideals people share — is a dynamic and critical apparatus of any nation-state. Mightier than steel, as Obama wisely put in his acceptance speech. More primal than religion, if I may add.

In these dark, fractious days, the strength of American Culture/s (or at least, the belief in it) just might be that magical something, that je ne sais quoi, that pulls us through to a new and better era.

So, I’m putting this out into the blogosphere: Secretary of Culture, Please!

(Cultural Council would be cool too.)

*For posterity, here’s a pdf of Dubya’s Cabinet.

This entry was posted on Friday, November 7th, 2008 at 1:45 pm and is filed under Culture, Elections 2008, News, Politics, presidential elections, society. You can follow any responses to this entry through the RSS 2.0 feed. You can leave a response, or trackback from your own site.