A New President, But the Same Old Homophobia: Proposition 8 Wins in California

The sun seemed to shine a whole lot brighter yesterday morning after America voted to get Barack Obama into the White House by an overwhelming margin. The NYTimes headlined: “Racial Barrier Falls as Voters Embrace Call for Change”. Just as Germany tore down the Berlin Wall, we cast our votes to overcome this conveniently-exclusionary thing called Race. We are Making History.

So, what the hell were the states of California, Florida, and Arizona thinking when they simultaneously voted to BAN same-sex marriages? Let’s stop discrimination but only with regards to Race? Hey, go right ahead with those barriers against same-sex couples? Yes, we are Making History indeed. Who ordered the Rain on Our Parade.

According to the NYTimes yesterday afternoon: In California, 52% voted for a ban on same-sex marriages (already deemed legal by the California Supreme Court back in May). Homophobes in Florida and Arizona won by even bigger margins. Arkansas passed a measure that bars gay men and lesbians from adopting children.

Why do religious fundamentalists consider marriages between same-sex partners such a profound and urgent threat to the traditional family unit headed by a male/female partnership? Aren’t the cultural trends towards divorce and single-parenthood even bigger (more logical) threats? And speaking of race, why do so many black and Latino votes support the bans on same-sex marriages?

It seems to me: If you want to fix the family, fix the FAMILY. Don’t blame other people. Don’t exclude alternate lifestyles. Really, Stop The Hate Now.

These bans are crimes against humanity. As Obama’s win unleashes a “Flood of Hope” worldwide, we need to direct some of that energy against the bigots that hide behind the dark cloud of religious fundamentalism.

Yes We Can. Let the Sunshine In. 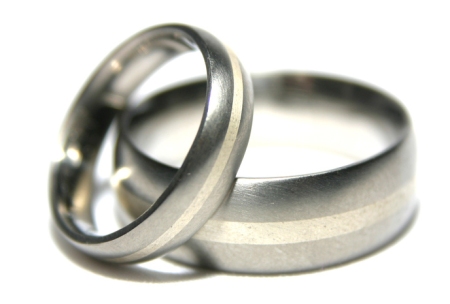 Last month, California’s Supreme Court issued a landmark decision to overturn state laws that restricted marriage to unions between a man and a woman. Today, county clerks in 58 counties across the state began issuing official marriage licenses to hundreds of same-sex couples. YES!

It’s an historic day and the media has been running incredible photos and stories of newlyweds. The first marriage was performed by San Francisco’s Mayor Gavin Newsom, for a couple in their 80s. The couple had married in 2004, only to have this right stripped away, and their license invalidated.

This points to the still-precarious legal status of same-sex weddings in California and the rest of the United States. In November, voters in California decide whether to rescind the Supreme Court’s decision through a ballot measure that could revert the definition of marriage back to heterosexual unions.

Exclusionary efforts are underway. In a condescending statement quoted in NYT, a Florida-based group called Liberty Counsel said the ceremonies “make a mockery of marriage.” An Arizona-based group called Alliance Defense Fund is inciting discrimination and succeeded in getting one county clerk to cancel all same-sex weddings.

LA Times reports that very protesters showed up physically today because they are focusing on the ballot measure later this year. Another conservative group, protectmarriage.com, emailed supporters that they will fight in November and cautioned against protesting Tuesday’s ceremonies. The group warned: “Media outlets would love to see us engage in fierce protests and hostile demonstrations of outrage. … We must not fall into this trap.” Already, the group has submitted 1.1 million signatures earlier this year for the ballot measure to amend the state constitution. Now THAT’s a mockery of human rights.

Today, California opened a window to a new day in America. But the fight for equal rights for all is not over. Keep that window open! We need lots more happy days like today.

Here are just a couple groups that could certainly use your support: Human Rights Campaign and in New York, Empire State Pride Agenda. Feel free to add in comments.

Businessweek reports on a new study released by the Williams Institute at UCLA School of Law. It reads in part:

Gay couples are projected to spend $684 million on flowers, cakes, hotels, photographers and other wedding services over the next three years… The nuptial rush is expected to create some 2,200 jobs.

…Over the next three years, gay weddings will generate $64 million in additional tax revenue for the state, and another $9 million in marriage license fees for counties.

Projections were based on the economic impact of gay marriage in Massachusetts and in states such as Vermont, which currently allow civil unions or domestic partnerships for same-sex couples.

While it’s great to have the Williams Institute officially articulate how same-sex weddings could produce significant economic benefits, I’m not exactly sure whether the study tells us anything new.

Weddings ARE big business! It’s common knowledge: each coupling gets a nice chunk of capital flowing regardless of how large or small the affair. Why should same sex weddings be any different? Weddings generate wealth — regardless.

(Of course, the boost from same sex weddings is still theoretical. California may not see the extra revenue if voters approve a ballot initiative to overturn the court’s ruling allowing the weddings. See previous post.)

But we got a shocker today when WSJ reported that Ed McMahon’s $6.25 million, 6-bedroom/5-bath home in a Beverly Hills gated community is facing foreclosure. McMahon worked for decades as Johnny Carson’s sidekick on “The Tonight Show” (introducing Carson with his famous “Heeeeere’s Johnny” since it first aired in 1962), as the face for Publishers’ Clearinghouse Sweepstakes, and as host for “Star Search” (a precedent to “American Idol”). He also served as a pilot in the U.S. Marine Corps.

McMahon is $644,000 behind on his mortgage payments because he broke his neck 18 months ago, had to undergo two surgeries, and hasn’t been able to work since. The man is 85 years old, for goodness’ sake. His mortgage lender, Countrywide Financial Corp., is apparently in discussions “to resolve the situation.”

Two-time presidential hopeful John Edwards said: there are two Americas. I used to think that meant: those whose homes get foreclosed and those who can still buy vacation homes in euros. McMahon’s story describes a third America: those who work all their lives to make ends meet. Then see their homes foreclosed.

We are desperate for change.

No ought from an is. David Hume said that in the 18th century. Just because a thing is the way it is (up until now) does not mean it ought to be that way (into the future).

Yesterday, the Supreme Court of California overturned two state laws that restricted marriage to unions between a state-approved man and a state-approved woman. The vote was 4 to 3. (6 of the 7 justices, including all dissenters, were appointed by Republican governors.) Voting with the majority, Chief Justice Ronald M. George wrote the opinion. He makes a case for why tradition (what we’ve done in the past) is not sufficient justification for discrimination (click here for full text pdf):

“…Although, as an historical matter, civil marriage and the rights associated with it traditionally have been afforded only to opposite-sex couples, this court’s landmark decision 60 years ago in Perez v. Sharp (1948), 32 Cal.2d 711 — which found that California’s statutory provisions prohibiting interracial marriages were inconsistent with the fundamental constitutional right to marry…—makes clear that history alone is not invariably an appropriate guide for determining the meaning and scope of this fundamental constitutional guarantee. The decision in Perez, although rendered by a deeply divided court, is a judicial opinion whose legitimacy and constitutional soundness are by now universally recognized.”

An individual’s right to marry the person whom she/he has chosen and establish a family “encompass[es] the core set of basic substantive legal rights” and is “integral to individual liberty and personal autonomy”:

“…in view of the substance and significance of the fundamental constitutional right to form a family relationship, the California Constitution properly must be interpreted to guarantee this basic civil right to all Californians, whether gay or heterosexual, and to same-sex couples as well as to opposite-sex couples…”

There is no compelling state interest for differential treatment. Further, it engenders harm and illegally sanctions discrimination:

Massachusetts and California down. Next stop: Connecticut.
(New York: He-llo. What’s up?)